“Another successful year for Wicklow Chamber” 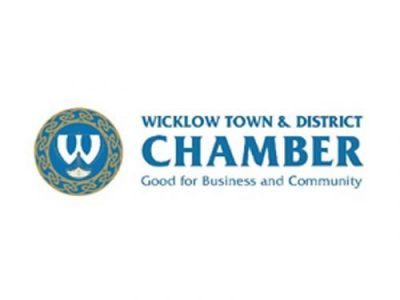 At the AGM of Wicklow Town & District Chamber, chamber President Matt Forkin reviewed another successful year for the Chamber.

He said that Covid, over the last 2 years, had posed many problems in how the Chamber engaged with its members and he was now looking forward to members being able to meet face to face again and revert to the traditional meeting formats, which had not been possible during this time.

He announced that the Chamber was currently kick-starting a members recruitment campaign to bring on board as many active new members as possible and he forecast that the recruitment of new members will lead to increased recognition of the Chamber’s positive contribution to business and community life in Wicklow Town.

He noted the many improvements that had been carried out in the town over the last 12 months, with the refurbishment of Fitzwilliam Square and the Market Square being a major highlight, which has helped regenerate many businesses in these areas.

He noted the increased growth in hospitality businesses and said that the hospitality sector was becoming an increasingly important part of the local economy.

He said that the introduction of the one-way traffic system had generated a number of challenges to businesses located in the Town centre and said that the Chamber was working actively with Wicklow Municipal Council to tweak the current system in order to overcome issues that were causing a major concern to retailers in the Main Street.

Mr. Forkin congratulated the recent winners of Chamber Awards and said that it was extremely important to recognise our many excellent businesses and the Chamber Awards was a very tangible way of giving due recognition for successful business achievements.

The meeting heard that the much-loved “Taste of Wicklow” will return for the first time since 2019 and will take place over the weekend of 25th & 26th June in a new venue at Dominican Convent and that there was a very active sub-committee working with Chamber Executive Susana Costello to ensure a bigger and better Taste of Wicklow event than ever.

The following officers were elected: